Most of us have come across the word “Periods” associated with women.

Also known as menstruation, menses, menstrual period. It is a standard monthly biological cycle in women of reproductive age. When ovum fertilization (pregnancy) does not happen, the body sheds the inside lining of the uterus- a mix of blood and tissues- which flows through the cervix and out of the body through the vagina causing physical discomfort.

Some food and beverages also affect the hormonal balance during Menstruation, at times, exacerbates the symptoms.

The effects of Coffee (Caffeine) are known to us. Under normal circumstances, Caffeine is a mood enhancer (stimulant). But it can have adverse effects during Periods.

Consumption of Caffeine during periods -Outcomes

Caffeine may exacerbate the uncomfortable symptoms during Periods. Caffeine heightens stress hormones elevating blood pressure and heart rate. With such an increased level of hormones, the immune system takes a hit, causing a reduction of the oxygen supply to the brain. The removal of blood supply restricts the blood vessels causing tension. Due to this, Symptoms like fatigue, mood swings, and irritability are more pronounced.

Tenderness in Breasts and Abdominal Cramps

The most common symptom experienced by women before, during, or after their menstrual cycle- Abdominal Cramps. Because of its diuretic nature, Caffeine contributes to cramps by increasing urine production, leading to dehydration. Caffeine causes menstrual pain and cramps because it acts as a vasoconstrictor — mildly constricting blood flow, leading to pain.

Tenderness of breasts or Fibrocystic breast syndrome is another condition many women suffer before or during a menstrual period. Non-cancerous lumps in the breasts are filled with fluid causing tenderness and swelling. Caffeine consumption during the menstrual cycle increases retention of liquids, causing breast tenderness and pain.

As per a review published in the March 2016 issue of “Today’s Dietician,” Caffeine is supposed to worsen premenstrual symptoms of anxiety, mood swings, or irritability due to the dominance of progesterone over oestrogen. Caffeine also stimulates the sympathetic nervous system and triggers adrenaline release, leading to increased nervousness, jittery feelings, headache, and anxiousness.

During the study conducted by the American Journal of Epidemiology on the effects of Caffeine on a woman’s menstrual function -Women who consume Caffeine are more likely to have shortened menses. The basis for this is that Caffeine causes constriction of uterine blood vessels, leading to a decrease in menstrual bleeding (spotting) and a shortened cycle. Shorter periods sound like a dream come true, but the implications for women’s long-term health aren’t positive, leading to less than welcome side effects and worsening of PMS.

Tiredness and stress are commonly associated with Periods caused by fluctuating hormone levels. Oestrogen levels drop drastically, and cortisol levels rise a few days leading to menstruation, leaving the woman sapped of energy. A liberal dose of Caffeine can make you feel alert/awake and leads to a heightened stress response in the body, interferes with these hormones, and causes insomnia or sleep disruption.

There is a tendency in women to eat more during periods, and the craving for a chocolate bar or a cake accounts for Caffeine as well.

A great deal of blood gets redirected to the reproductive organs in preparation for menstruation. Coupled with this, a drop in oestrogen levels slows down the gut movements leading to indigestion and bloating. Sometimes it causes diarrhea also because of the substances called prostaglandins. Prostaglandins that cause cramps reaches the bowels, promoting muscle contractions.

Caffeine being a stimulant exacerbates these effects causing further discomfort more than comfort.

Caffeine by itself doesn’t cause acne. When the body is at during periods, Caffeine leads to an increased stress response in the body and elevated cortisol levels. Excess cortisol can increase the amount of oil produced by the sebaceous glands leading to more acne breakouts.

Getting the right amount of nutrients during periods is of utmost importance. Caffeine is known to interfere with the absorption of magnesium and iron. Low levels of magnesium are known to worsen the intensity of cramps and increase sufferings from mood swings. Iron absorption and storage get disrupted due to the loss of iron during menstruation. Low iron levels cause dizziness and lethargy, which are unwanted.

While the severity of the menstrual symptoms is individualistic, it is better to be mindful of how your body reacts to Caffeine—being open to cutting back on Caffeine temporarily, even if just during the beginning of your period or when you’re most susceptible to PMS symptoms, can help you manage periods better. 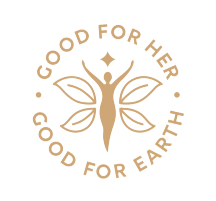